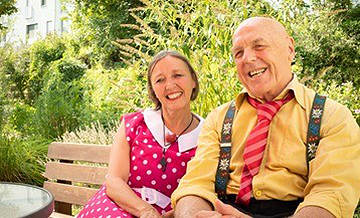 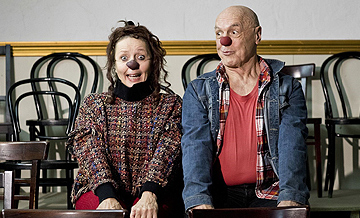 21.04. - 23.04.2023  Norman Taylor/ Brüssel
Teacher of Movement Analysis and improvisation – acting
Born in England in 1947, he grows up in a small village, goes to grammar school in the big town. He was a chauffeur, a farm-worker, a laboratory assistant, a rugby player, a hockey player… and then went to college to train to be a teacher.
He became a primary school teacher in London.
His dream was to become a mime, a real mime – one who does not speak on stage. In 1976 he goes to Paris to study mime with Jacques LECOQ in his school. Gradually this word “mime” takes on other meanings for him.
The guessing game favoured by so many mime artists at that time recedes and there appears an actor relying on his body as the prime mover.
Silence, which he thought inevitable for miming, takes on all-inclusive dynamics; from silence and movement spring words and texts and…everything. 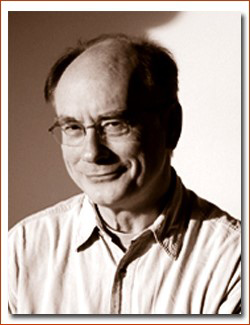 Play and improvisation become inseparable from acting and structure in space.
After the two-year course he creates shows with Emanuel Gallot-Lavallée, a contemporary at the school. From 1981 to 1982, he follows the third pedagogical year with Jacques LECOQ. In 1982 he becomes a teacher of movement at the school and, the following year, a teacher of improvisation – and a colleague of Lassaâd’s.
He continues to teach at the school and deepens his knowledge of movement analysis, movement technique and improvisation as pedagogical tools for artist training.
Since everything which is constant in this world is constantly in movement and in interplay, he becomes more observant and more analytical. The search for form and shape is ever-present, be it in movement or in acting. He develops his teaching techniques alongside Jacques LECOQ, continues to act and starts to direct shows.
In 2000 Norman leaves the school and travels more in order to teach, advise, direct and act. He now works in several European countries, and in Argentina , USA and Canada. He trains actors, creators, teachers – all those who explore the world of illusion. He works in companies with managers, engineers, executives – who are involved with the real world. He trains teachers, directors of human resources, advisers – who are interested in the pedagogy of life.
His role changes with circumstances and the same quest remains – observe movement and play, and share, with those who desire it, the unfathomable depths of this approach.
12.05. - 13.05.2023  Helene Gustin/ Paris
LINK zur Website
Hélène Gustin alias Colette Gomette,verfolgt ihre Clownkarriere seit 1996, v. a. auf der Bühne aber auch auf der Straße und bei Happenings aller Art. Sie ist mit den französischen Rire Médecin auch als Clowndoktorin im Krankenhaus tätig.
Colette Gomette ist einzigartig, nach ihrer Ausbildung u.a. bei Jacques Lecoq, hat sie in zahlreichen Theaterstücken mitgespielt, fünf Clownshows auf die Bühne gebracht und mehrere Welttourneen absolviert. 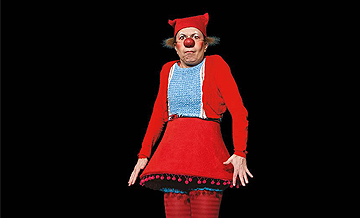